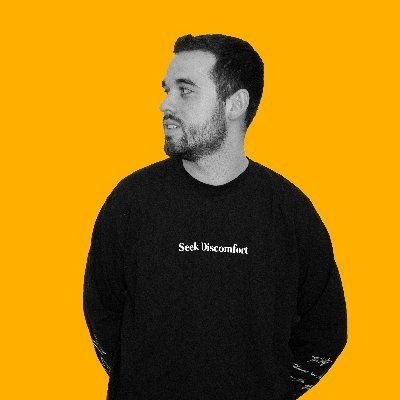 The 3 Twitter Tips You're Probably Not Using (But Should Be)

There’s more to Twitter than meets the eye. Here are 3 things you are probably not doing that will help you maximize your Twitter use. 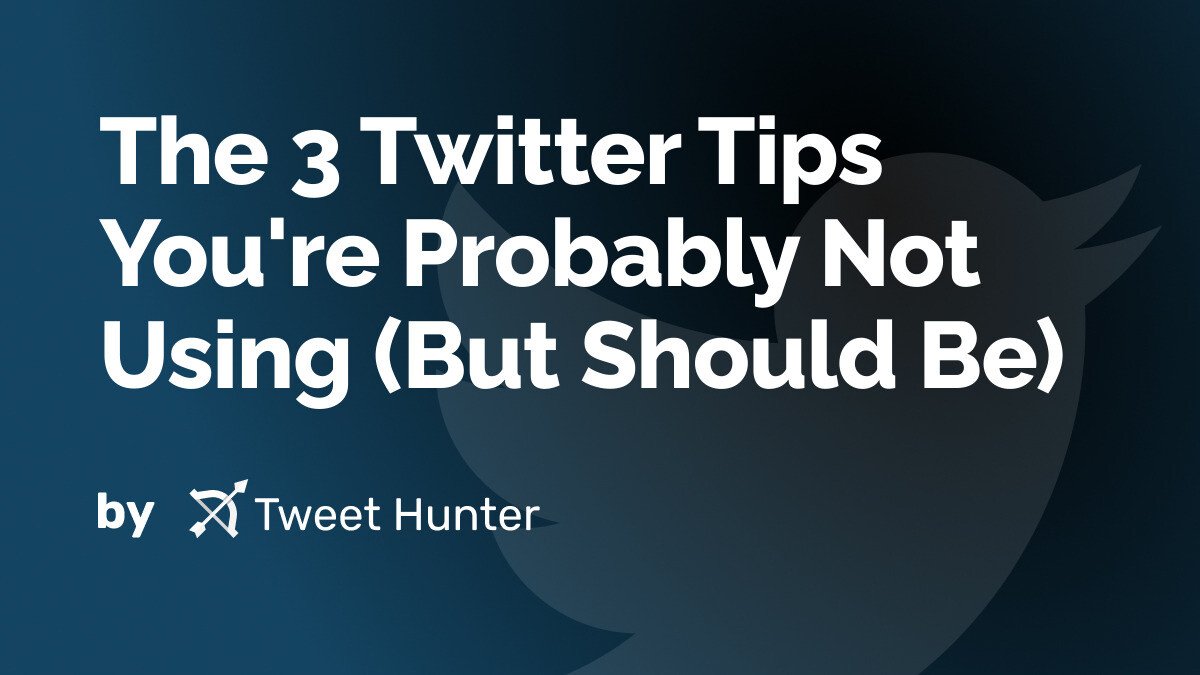 Meta Desc
There’s more to Twitter than meets the eye. Here are 3 things you are probably not doing that will help you maximize your Twitter use.
Meta Title
The 3 Twitter Tips You're Probably Not Using (But Should Be)
Auto-generated image
It doesn’t have as many users as Instagram. It doesn’t have the best algorithm like TikTok.
So why is it worth it to be on Twitter?
The main difference between Twitter and the rest of the social platforms is how easy it is to connect with others.
The people on Twitter are more willing to make connections than on any other platform. You can find like-minded people and start conversations easily.
That’s what turns it into an invaluable asset.
The problem is that most people don’t use it to its full potential.
In today’s post, we’ll explore the three simple ways to maximize your Twitter use.
Let’s dive in!

Lists are “anti-algorithm,” which means you can curate the perfect Twitter feed without all the noise.
To build one, go to the left side column on Twitter, click “More” and then “Lists.”
Once there, click on the new list icon on the top right corner, give it a name, and that’s it!
Now, whenever you go to someone’s profile, you can add them to your list by just going to the three dots on their profile and selecting “Add @user to your lists.”
We recommend that you build at least two of these lists:
Then, it’s as simple as going to the Twitter Lists tab, selecting the list you want to engage with, and start replying to tweets.
For more on Twitter lists, check out this article.

If this process feels too much (because it can be), you can simplify it using the Tweet Hunter CRM.
Now that your lists are created, it’s as simple as going into the “CRM” feature on Tweet Hunter and importing your lists.
Once you do that, you’ll be able to interact with everyone with a cleaner interface (and one that doesn’t show RTs either, which makes the whole process easier)

One of the most powerful features of Twitter is the advanced search function.
The problem is that it’s very hidden on Twitter. We won’t go into the specific details on how to use it here; that’s why we wrote an entire guide on it.
What we’ll say is that Advanced Search will become one of your best friends on your Twitter growth journey.
Why?
First, it allows you to track down conversations in your niche.
You’ll be surprised at how many people are talking about the things you are passionate about. All you need to do is to find those conversations with Advanced Search and jump in.
The second reason is that it allows you to find the top influencers in your niche and, most importantly, see what type of content works for them.
The advanced search allows you to filter the best tweets from a specific user. So you can go to the top influencer in your niche and see their best-performing content.
This is great for understanding what type of content works in your niche and getting inspiration for your content strategy.

Twitter’s advanced search is not so simple to use. There are a series of formulas that you need to know (or copy-paste) into the search bar to use properly.
Here are the most important ones:
An example. Let’s say I want to know what Elon Musk thought about Twitter before 2020. I introduce this simple search operator, and boom:
I think it’s easy to see why this feature is so underrated! The possibilities are endless!

Automation is the “secret sauce” that all big creators on Twitter use.
It saves you time, energy and makes you more productive. They also help you scale your reach, engagement, and sales.
This is a list of the ones you should be using:

It’s hard to show up every day on Twitter. One way to make it easier is to schedule your content.
By doing that, you remove the friction of having to come up with a tweet and post it daily. That’s one of the main reasons why new Twitter creators fail.
They can get themselves to be consistent. But what if I told you you could write all a week (or even a month) worth of tweets in one sitting and then schedule and forget about them?
You can do it with Twitter’s scheduling tool (not recommended because of how clunky it feels) or a third-party scheduler like Tweet Hunter (highly recommended 😉).
Scheduling should be the #1 automation you look at when starting on Twitter.

When you start building your audience, you’ll have people reading your tweets in LA, NY, London, Istanbul, and Tokyo.
The problem is that a tweet's lifespan isn't long enough to reach all these different time zones.
Unless you retweet it, that is.
This task can be automated with Tweet Hunter’s Auto Retweet feature. You need to select how many hours you want to space the RT (we recommend 6 to 8, but 12 might also work) and how many times (1-2).

The Auto Plug feature is one of our favorite features. Using this automation, a tweet is "plugged" (aka posted) automatically below an existing tweet.
All that is required is that the "main tweet" meets specific criteria. These are usually a certain number of likes.
Auto plugs can be customized so that you can choose from several options. Some people direct others to their newsletters, products, or offers. It's a great way to get subscribers and sales on autopilot.
And that’s not all! There is still four more automation we have not covered here, which you can find in this article.

There’s more to Twitter than meets the eye.
Not only is it the perfect platform to connect with like-minded people, build your personal brand, and power your marketing & sales efforts — but it’s also a great platform to grow your network and spread your message to the world.
Now that you know these “hidden” ways to use Twitter, we hope you can use it to its full potential. 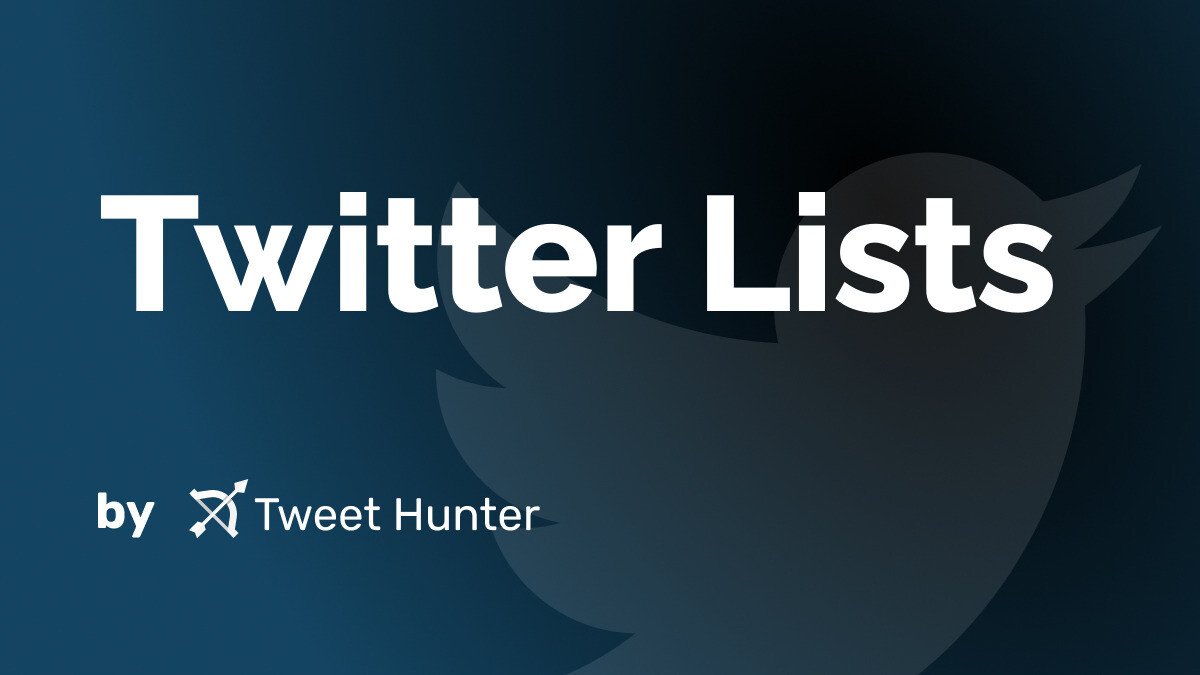 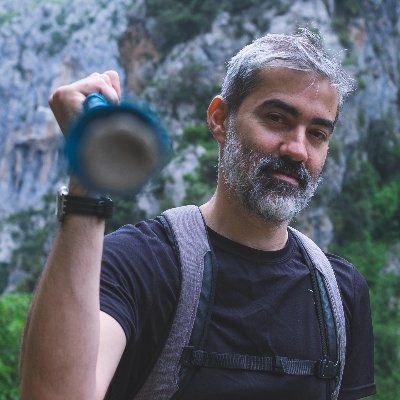 10 Fill-In-The-Blank Thread Hook templates that you can use to get more likes, retweets and followers

10 Fill-In-The-Blank Thread Hook templates that you can use to get more likes, retweets and followers 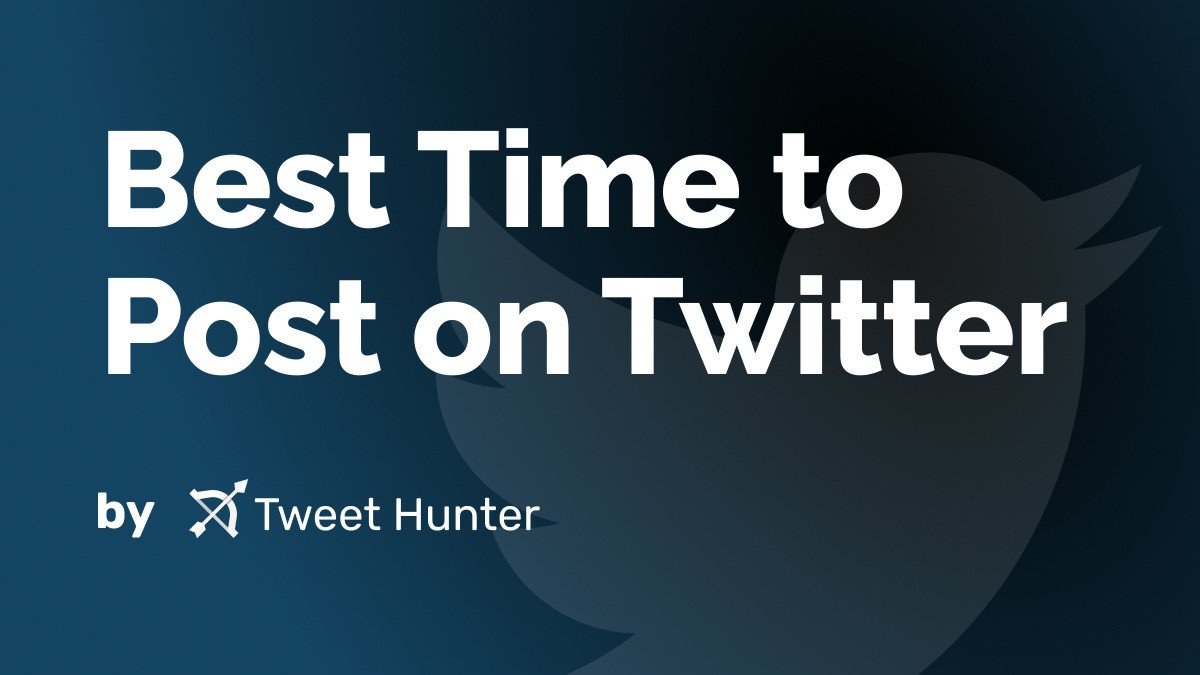